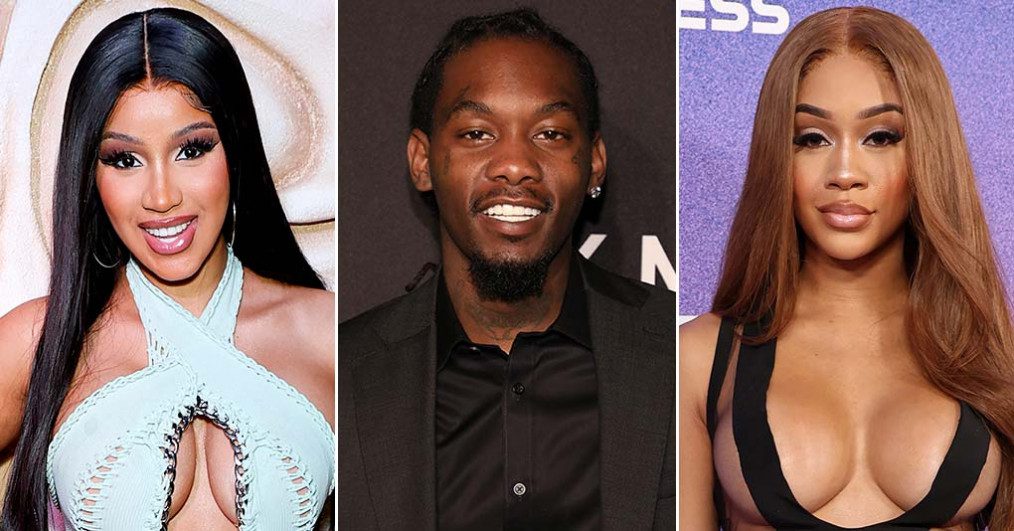 Cardi B is addressing the “Messy” rumors surrounding Offset and Saweetie’s relationship.

The internet has speculated that Offset cheated with Saweetie following her breakup with Quavo. On his song “Messy,” Quavo appeared to fuel the rumors when he rapped about a woman who was unfaithful with a close friend.

“I said, Caresha, please ’cause she too messy,” he raps on the Only Built for Infinity Links track. “Bitch fu**ed my dog behind my back, but I ain’t stressin’ / You wanted the gang, you should’ve just said it, we would’ve blessed it / Now sh*t got messy.”

Cardi has remained quiet about her husband’s alleged infidelity until now. During her appearance on “The Jason Lee Show,” she revealed why she chose not to publicly address the topic.

“I was quiet because one thing I’m gonna do, I’m gonna find out the truth. And you know that I was finding out that truth in and out,” she said.

She ultimately decided “not to entertain the bullshit” and refrained from taking it to social media like she has done in the past.

Cardi B addressed the fan made Offset x Saweetie rumors that came about from Quavo’s song ‘Messy’. pic.twitter.com/fh9iA0pmLc

Cardi explained that she learned a lesson after Celina Powell falsely claimed she was pregnant with Offset’s baby. At the time, Cardi adamantly denied the rumors on social media, but it didn’t seem to matter.

“I have learned from those experiences not to even address things that’s going on in my home when I know the truth ’cause it’s like, people gonna make it worse,” she said.

It had been rumored that Offset and Saweetie’s relationship was one of the reasons Migos broke up. “I just feel like we want to see our career as a duo because we just came from a loyal family,” Quavo said during an interview with Takeoff on the “Big Facts” podcast. “We’re supposed to stick together, and sometimes shit don’t work out. It ain’t meant to be.”

During her sit-down with Jason Lee, Cardi also opened up about Takeoff’s death and plastic surgery, sharing that Kim Kardashian gave her a list of doctors to call when she wanted to get a nose job.